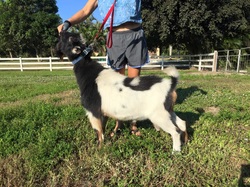 BSF JD OLEA'S JETSTAR  A beautiful correct buck with moonspots, color and blue eyes. His Dam is amazing, correct and is soon to get her star. This young Buck is very Correct. He has a nice straight top line. a nice high and wide escutcheon,and a wide, flat rump. He has good angulation on his legs, tight toes and is very balanced over all. He is a remarkably healthy buck that aside from an initial deworming when he was 8 weeks, has never had a FAMACHA score lower than a red raspberry 1 and his fecals always show minimal/scant eggs. His parasite resistance is incredible and so far, he is passing that along to his kids. He has a very polite and friendly personality and since being introduced to the ladies, isn't rude or too anxious. He seems to like the idea of romance and is very patient for a young buck. He has a few does settled for late January/early Feb. kids . keep your eyes peeled for hopefully moonspotted and blue eyed kids. 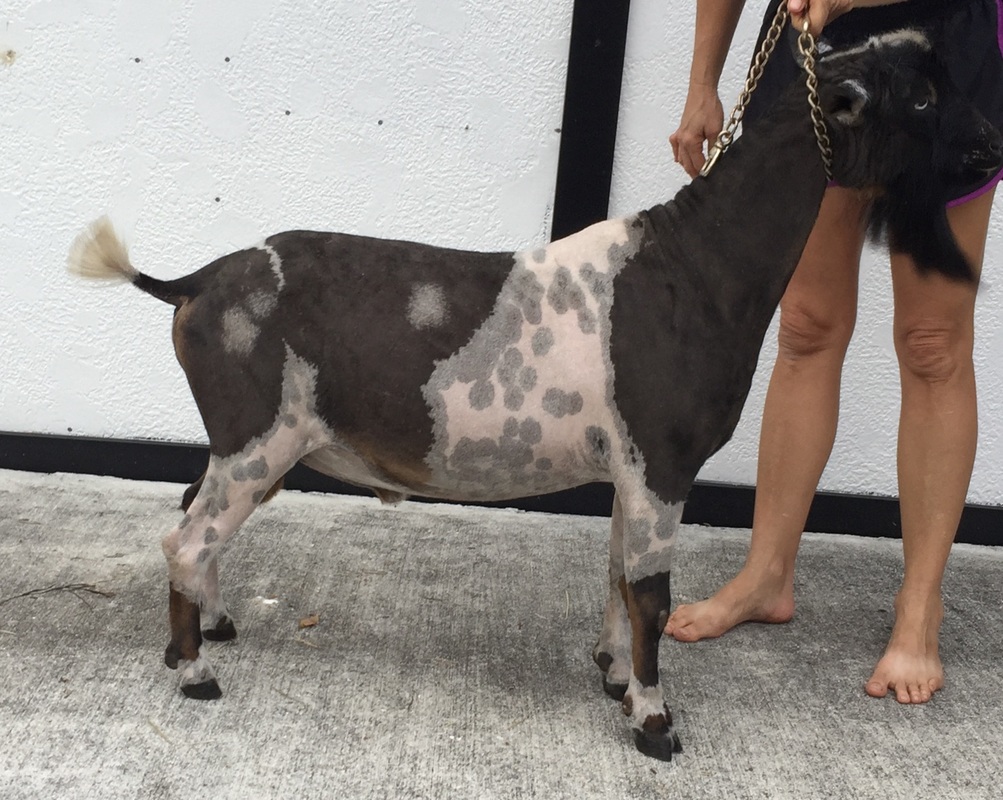 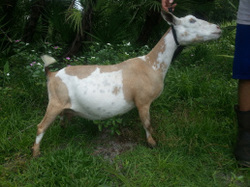 What a pedigree!  She is the product of some very old genetics that I am excited to add to our herd.  She is also one of the most friendly and affectionate goats I've ever met.

"Leah" is a cute little gold and white doe with bright blue eyes. 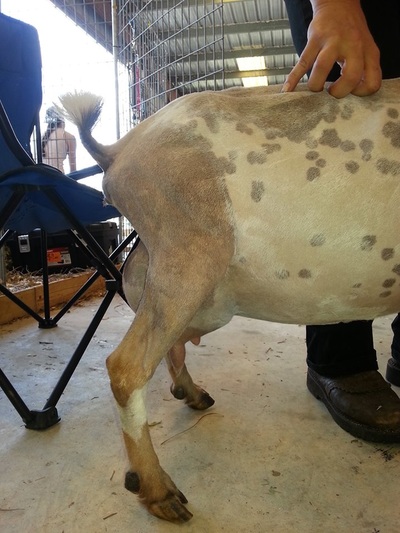 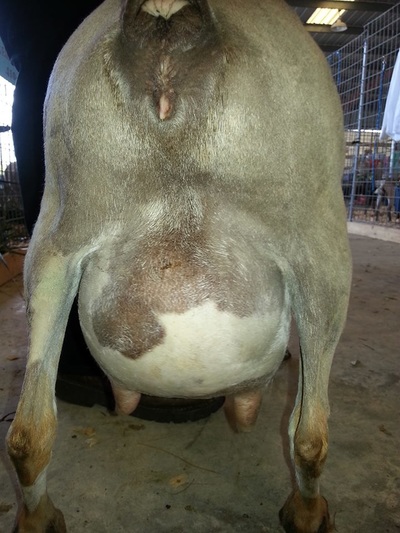 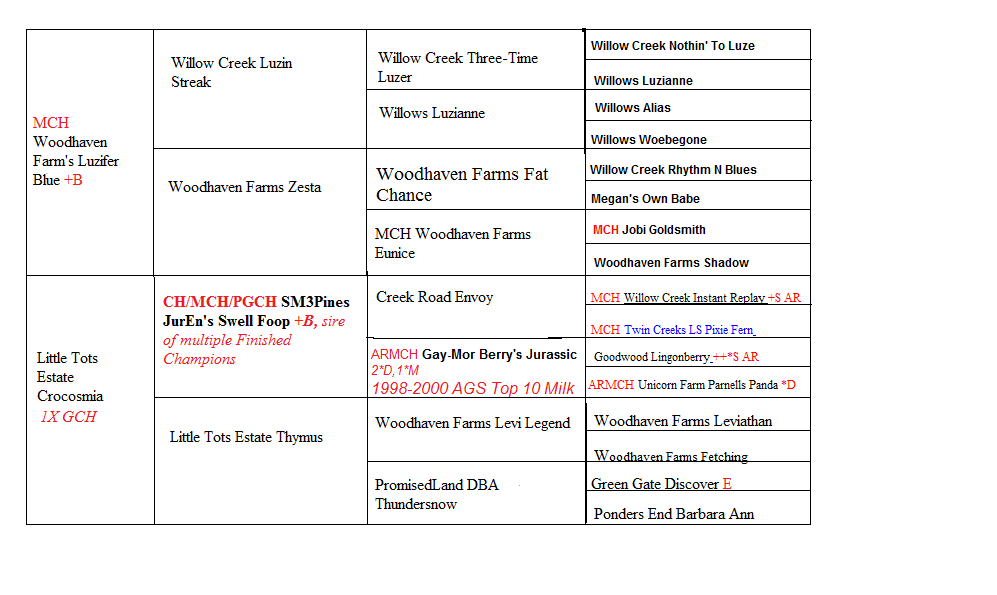 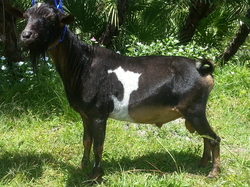 THis is taken from BSF page about James Dean. Blue Star Farm is proud to own the son of a TOP TEN MILKER.  Jimmy's dam, Udiamond, was 3rd in the nation for milk production with over 1200 pound of milk in 2013 and again in 2014 with over 1400 pounds.  Thanks and congratulations to Udiamond's owner and Jimmy's breeder, Terry Babb, who did the hard work to show what Udiamond is capable of!
"We are so excited to welcome our newest herdsire, James Dean *S.  Jimmy's dam is SGCH Rosasharn GX UDiamond 3*M AR,4*D,+DAR.  Udiamond made Top Ten in 2013- she is 3rd in the nation for milk production with 1206 pounds!  She is also the winner of the Gold, Silver and Platinum ANDDA Sue Rucker Award for Milk Production!


Since our primary focus is milk production, we sought a buck whose dam is on DHIR.  We chose James Dean *S especially due to his dam's outstanding DHIR records.  Jimmy is line bred on the great Rosasharn Uni, who holds an incredible milk record of 1600 pounds of milk in a lactaction.    He is also linebred on Eclipse, At almost 9 years of age she earned one of the highest AGS classification scores ever given to a Nigerian, 92.7. And at TEN years of age became the AGS National Champion Sr. Doe!  Eclipse was also a Top Ten doe, in 1999 and 2001.

Jimmy's dam, Rosasharn Udiamond, is an outstanding milker as well.  Udiamond is a Superior Genetics doe.  The Superior Genetics awards identify and recognize individual animals for their genetic superiority through participation in ADGA's performance programs, DHI production testing and Linear Appraisal type evaluation. The award is for both
bucks and does and is based on being in the top 15% of their breed according to the Production/Type Index (PTI) ranking, the PTI favoring production (PTI 2:1) or the PTI favoring type (PTI 1:2) at least once during the life of the animal. " 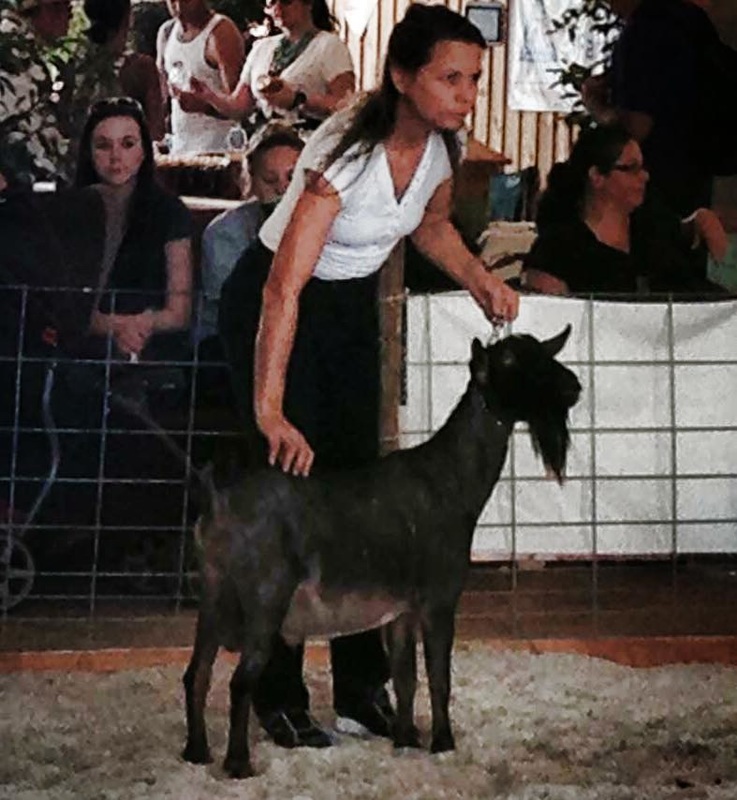 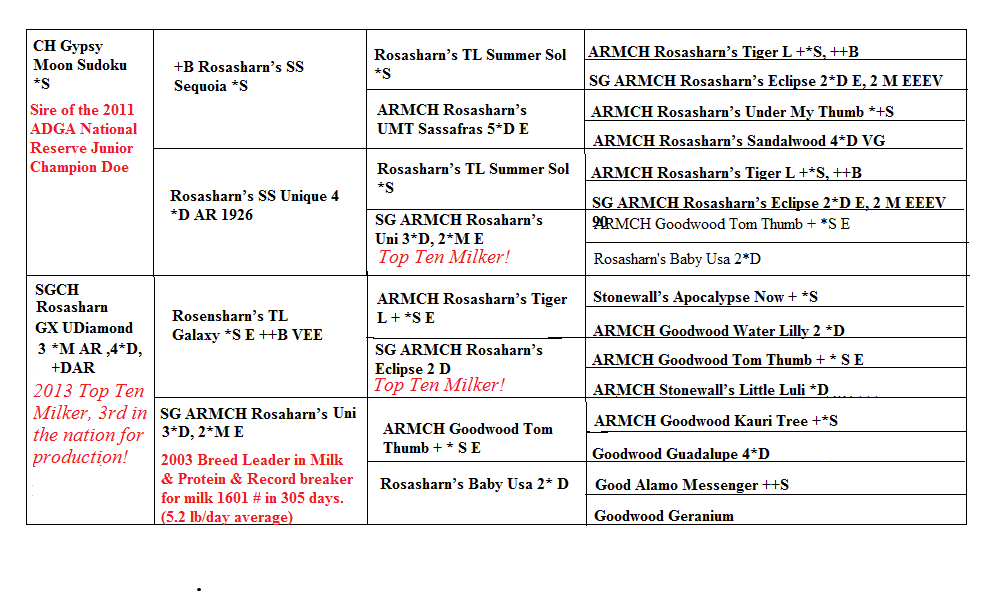 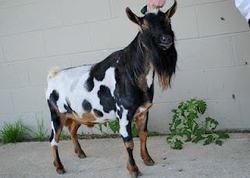 This is Jetstar's Grand Sire. Ch. Gypsy Moon Sudoku *S
He has passed on his incredible genetics in my blue eyed boy. I thank Teena Bagwell of Gypsy Moon Nigerians for the use of his photo
"Photo/information courtesy of Blue Star Farm www.bluestarfarmftmyers.weebly.com.

This doe is an incredible milker. Her awards and genetics speak for them selves. I am incredibly tickled to have these kind of bloodlines in my goats. Thank You Terry Babb of Oldesouth Farm for allowing me to post these photos of her amazing doe 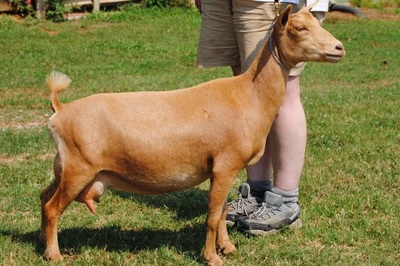 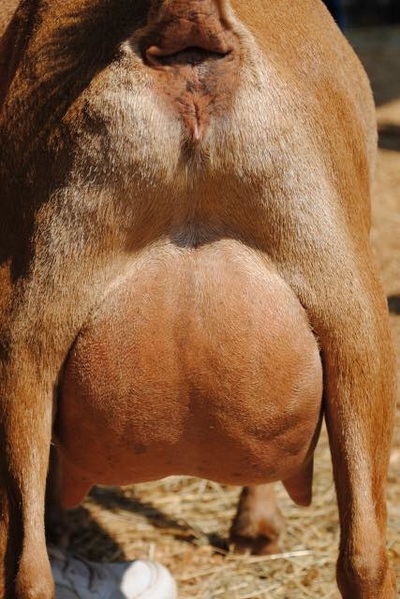 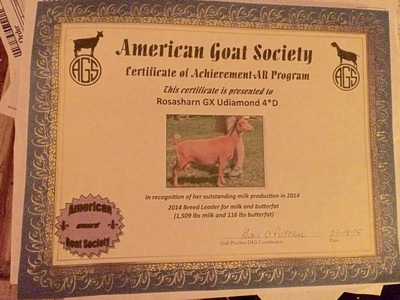