Confetti soap is made by adding the trimmings, shavings, tiny bits of long cured soap, pigments and scents  to our proprietary
oils, milks and butters batter to make soap loaves, that are then cut into bars. These bars are cured and tend to be a little longer lasting.
They have tiny bits of of color interspersed throughout the soap. Sometimes these are slightly harder, so the soap gradually changes texture as it's used.
They are each made individually, usually, in a single, one time, one of a kind, limited batch of 15.
The scents vary per batch.
They can be for man, woman or child. Some even use them on their dogs.
They are slightly heavier because of the density of the cured bits.
Because they are limited production, you have to move fast on ordering because they don't stay on the shelves

Lots of goat, hemp and coconut milk, Shea, Mango, and Cocoa butters, Olive , Coconut, Castor Oils and Lard are in this formula, colored only with a little Kaolin Clay and the colored bits of soap shavings give this soap the smallest bit of pop.
Scented with Snow Drift and Pineapple, This scent is fresh and fruity and mildly energizing.
Thick, copious bubbles are a plus..
3..5-4.5 oz bars

Lots of goat, hemp and coconut milk, Shea, Mango, and Cocoa butters, Olive , Coconut, Castor Oils and Lard are in this formula, colored only with a little ultra marine and chrome oxide pigments and the colored bits of soap shavings give this soap the smallest bit of pop.
Scented with Twilight Woods type fragrance., Precious woods and sensual amber are blended with soft mimosa, vanilla musk, apricot nectar and juicy berry.
Thick, copious bubbles are a plus
​This confetti soap is so cute and pretty. The swirls are reminiscent of a universe of stars with each soap having a pure glycerin star embedded
​in it. SOLD OUT 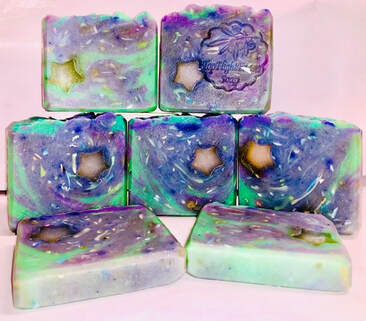 This goat milk soap is heavy Olive oil, coconut oil and Rice bran oil. It has a little Shea, Mango and Cocoa butters added.  Colored with natural oxice pigments, it's a fun litle soap with maple leaf glycerin soap embeds.  The smell is SO fall weather, Whispers of calming winds is complimented with tantalizing Citron zest. Sheer nuances of Cyclamen Flower is joined together with warming Amber and trailing Ivy. Undertones of Golden Sandalwood, Midnight Jasmine and Oakmoss create a signature aroma to this fragrant affair. Bars average 3.5 - 4 oz 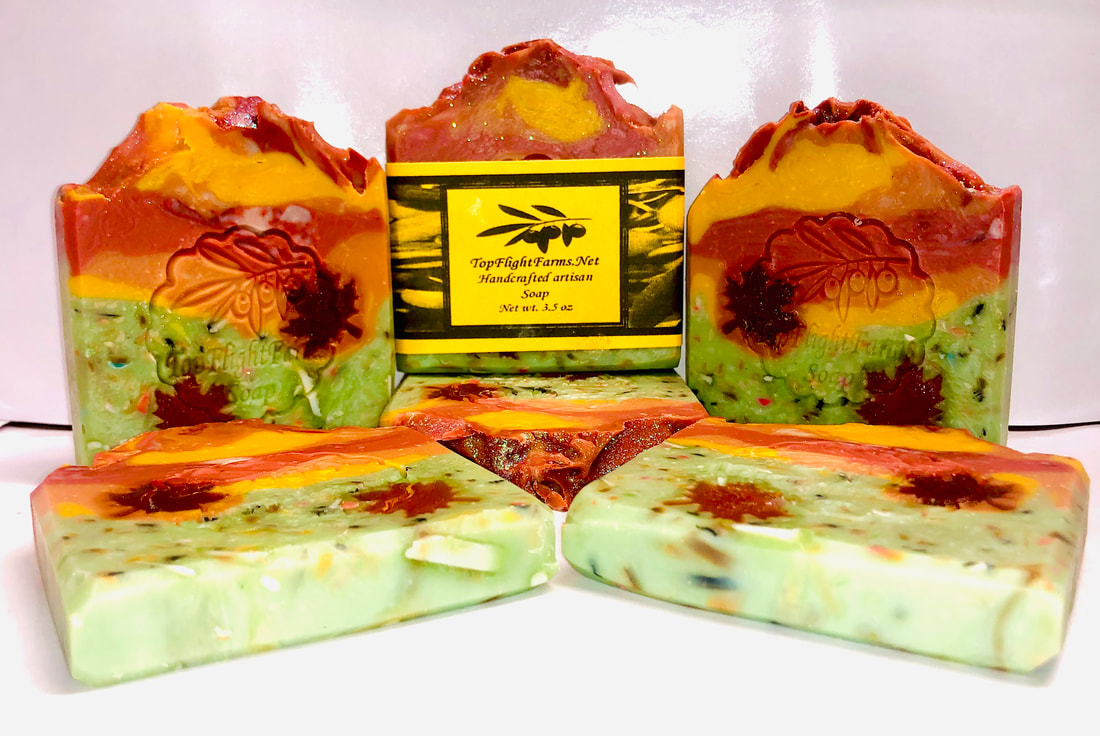 If you are looking for the epitome of a fall and winter fragrance than Snow Witch is it.  Crisp  mountain air that has been blanketed with freshly fallen snow,  fresh balsam pine scent of evergreen trees and pine needles, mistletoe, fruits and spices to create the scent that is so reminiscent to many when we think of the change of seasons and late autumn and winter.  It is a perfect holiday scent but is also balanced enough to use year round.
This is a very limited confetti soap. It has cute little snowflake embeds and little peaks and swirls of white snow, reminiscent of a snowy mountain peak in winter.
Olive Oil, Coconut, Castor and Rice Bran oil make up the main ingredients of this Goat Milk soap. A little of the Trinity of butters, Mango, Shea and Coconut with a litle castor oil makes this a wonderfully cleansing, but not drying soap.
​average 3.5-4oz. 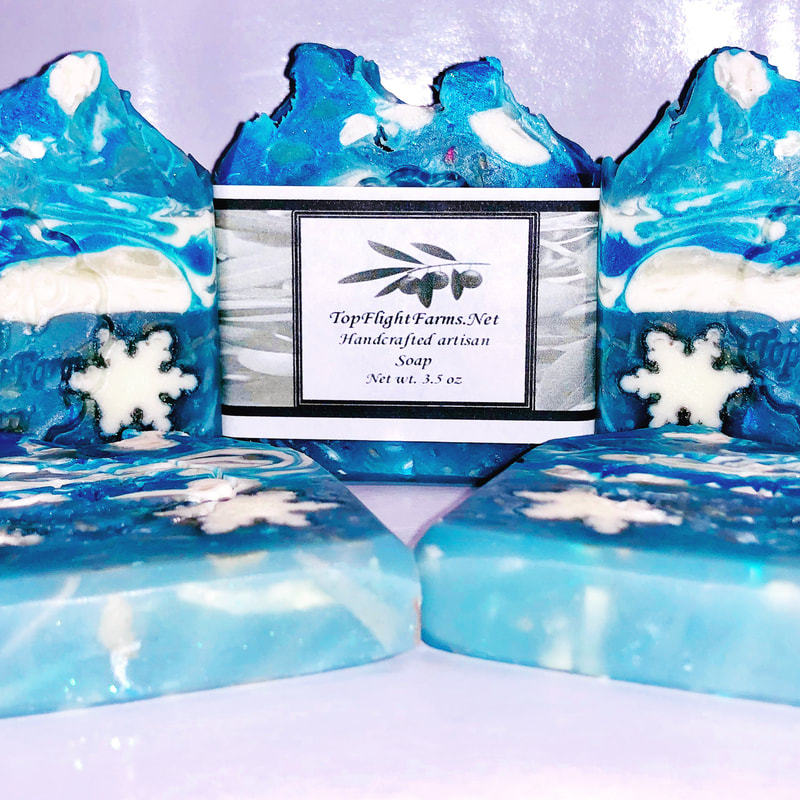